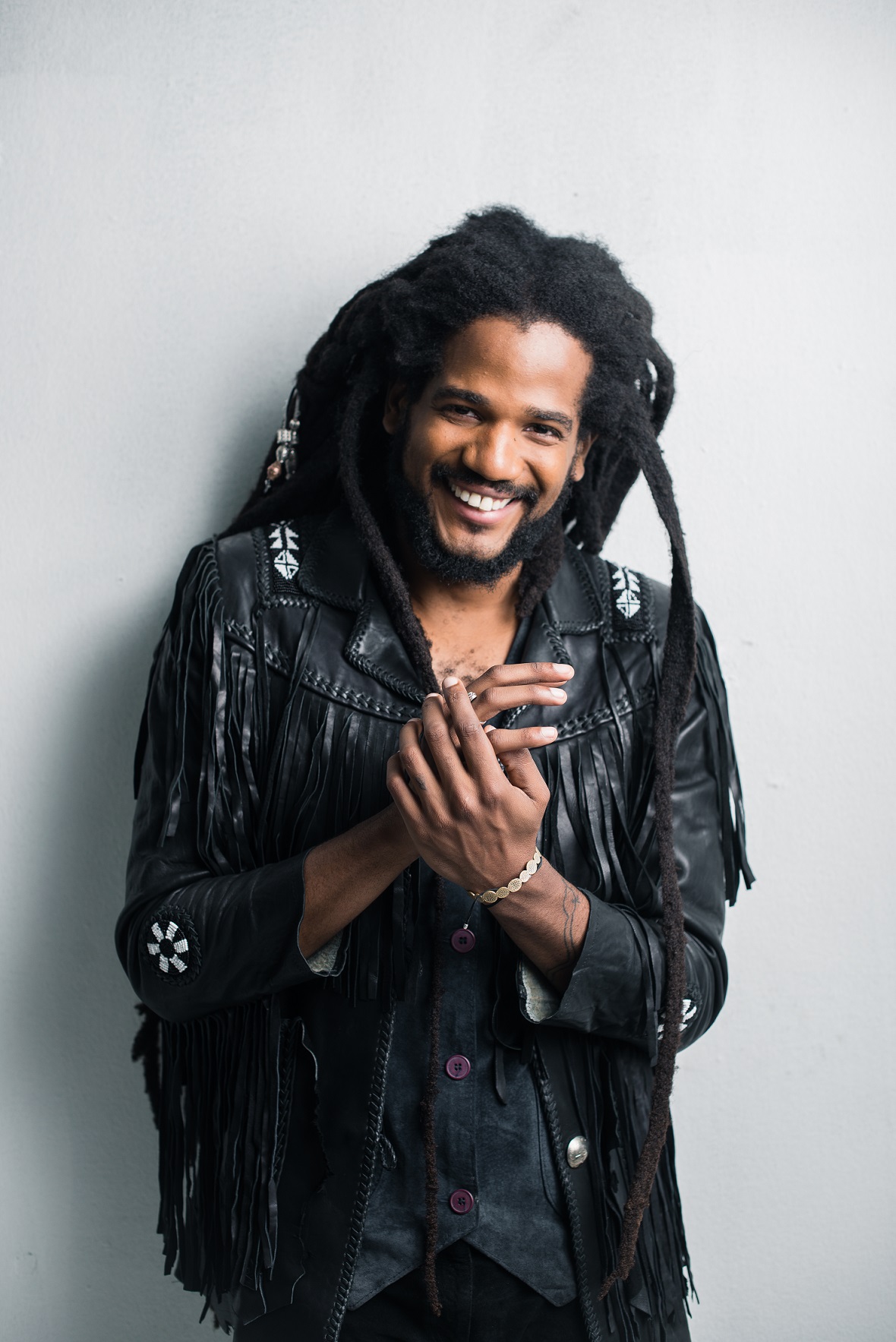 Haitian singer and multi-instrumentalist Paul Beaubrun—son of Theodore “Lòlò” and Mimerose “Manzè” Beaubrun of the Grammy-nominated Haitian band Boukman Eksperyans—does it again with a sensational and thought provoking album, Ayibobo. Released three years after his acoustic album Vilnerab (2015), and six years after Project Haiti (2012) with Zing Experience, Ayibobo weaves together Haitian roots music with rock and roll and reggae, which Beaubrun refers to as “Roots/Blues” music. While this album demonstrates Beaubrun’s compositional concepts and the socially conscious lyrics that fans have grown accustomed too, Ayibobo feels a bit more personal as Beaubrun recounts his lived experiences while reflecting on the encouraging words his mother instilled in him.

The title track “Ayibobo” narrates the circumstances in 2004 that lead to his fleeing Haiti to New York. Beaubrun reminisces on the comfort and strength he felt while remembering what his mother taught him, ‘ayibobo.’ The Haitian Creole term means ‘hallelujah’ or ‘amen,’ but ‘ayibobo’ also carries cultural connotations that can be interpreted as a form of elation. By using this word, Beaubrun demonstrates how one word can strengthen familial and communal ties within the global Haitian community, while paying tribute to Haitian cultural practices.

On “Rise Up,” Beaubrun leans more towards social activism, calling for people to “rise up and be free” while using reggae—a Jamaican musical genre known for its political commentary—as the musical vehicle for his political activist endeavors. We cannot overlook the Haitian folkloric influences that are heard throughout this album, specifically the Haitian drums (tanbou) on “Naissance” and “Elizi.” Sonically, we hear the Haitian polyrhythmic patterns that provide the underlying foundational groove and pulse. Moreover, these songs echo the mizik rasin (roots music) tradition and Haitian mythological themes that are commonly associated with it.

Ayibobo is a phenomenal illustration of Beaubrun’s artistic brilliance. As listeners, we are treated to the wonderful collage of musical sounds while experiencing the exhilarating spirit and cultural sentiments of the Haitian community. Furthermore, this album serves as an exemplar of music and activism. But above all, Ayibobo is a heartfelt expression of a man’s love for his country and community.

Our virtual event is free with a suggested donation. Book Now!